A mega online poll has revealed that most Indians opt for US President Donald Trump over Chinese President Xi Jinping. The poll has carried out across thirteen languages and concerned all Network18 virtual and social information systems. 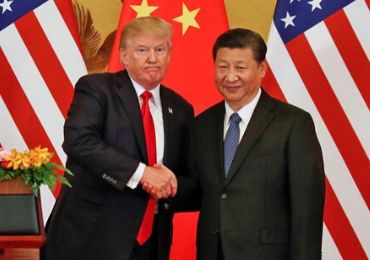 The poll included online platforms of News18, Moneycontrol, Firstpost, and CNBC-TV18 and concluded that ninety-one percent of the respondents had been in favor of a boycott of Chinese products.

The poll, with 21 questions, acquired 31,000 responses in general and became executed for 4 days.

Among Indian groups, Xi's ratings are better than common among Malayalis and Urdu audio systems. On the other hand, Marathi and Odia respondents appreciated Trump the maximum, and Xi the least (98 percentage versus 2 percent).

Close to 94% percent of the Indians believe China has been dishonest in its dealing with the coronavirus disaster.

In the case of China's battle with some other world strength, 74%  of respondents need India to face Beijing however 51 percent of these from Tamil Nadu and 52 % from Punjab need India to live impartially in any such battle.

88% of the respondents no longer want Chinese companies to build 5G infrastructure in India; 87% of Indians do not now need more Chinese funding in the United States.

However, Indians in large part continue to be undecided upon reconsidering India's pleasant method closer to China - 53% are in choice at the same time as 47% opted for a no.

Additionally, Indians across all languages uniformly accept it as true that China is a robust supporter of Pakistan. Eighty percent of Indians see China as an unfriendly or very unfriendly country. Only three percent believe China is pleasant.

70 percent of Indians worry that an army battle between Indian and China might take the area. However, 56 percent of Malayalis do now not agree.

61% percent of respondents see China's moves as that of an enemy state. Exceptions are Gujaratis, Tamilians, and Malayalis, who accept as true that China is simply posturing. In all, 84 percent of the respondents don't have a favorable view of China.